7 Things You Should Know About Living in Spain

Spain is a popular expat destination, and according to the National Institute of Statistics, there are also 7.5 million foreigners living there, accounting for over 15% of the total population. People flock to this sunny country for many reasons – some work all their lives to retire to Spain,  When it comes to living in Spain as an expat, it’s important to try your best to immerse yourself in the wonderful local culture that your community has to offer, and to explore every corner of Spanish tradition.

We’ve put together a useful guide on 7 Things You Should Know About Living in Spain, from learning the language to dealing with bureaucracy.

Understanding the Spanish language is one of the best ways to integrate with your local community. To get started, simply sign up to online Spanish classes or start reading Spanish books or magazines. Don’t be scared of making mistakes, as the locals will appreciate that you’re making the effort. It’s also worth noting that the majority of the Spanish population is at least partially English speaking. If you’re struggling to communicate effectively, it’s likely that your new Spanish neighbours will still be able to find out what you’re trying to say – either way!

Spanish residents have an incredibly rich culinary scene, with traditional foods incorporating only the best quality and freshest ingredients. Each region in Spain has their own delicacies unique to the area, which you can taste at various restaurants, bars and local cafes.

From tapas which originates from southern Spain, to paella from the east, we guarantee that when you’re living in Spain you’ll find something you love. 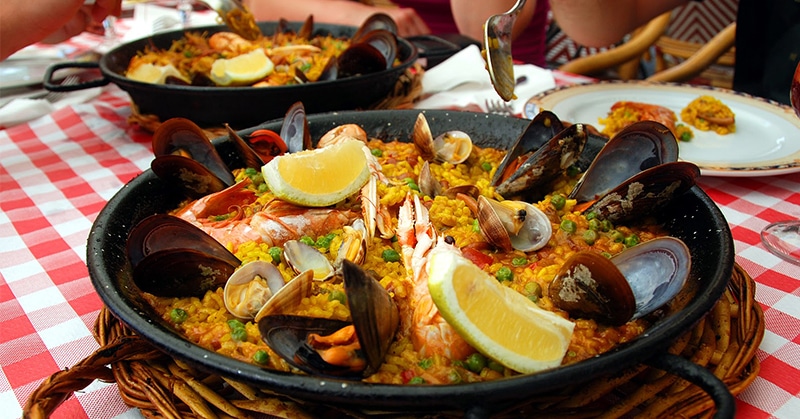 The beautiful climate is most definitely a tourist magnet, and is one of the biggest reasons why expats choose to live there. Sunshine and warm weather is present for most of the year, hence why you will always see the Spanish spending their time outdoors.

When living in Spain yourself, you will see people of all ages out enjoying the sunshine, whether that’s having a walk, having a drink on the terrace or sunbathing on the idyllic beaches. It’s important to go out and join them.

4 – Understand the cost of living

The cost of living in Spain is far lower than in the UK and many other European countries. The cost varies greatly across the country, but it’s important to bear in mind that whilst the cost of living is low, this means the wages there are generally lower as well.

Everything in Spain typically happens far later on in the day in comparison to the UK and other parts of Europe. From mealtimes to working hours, you will need to adjust if you want to fully integrate into Spanish life.

Lunch in Spain is usually eaten between 2-4pm, followed by an afternoon snack at around 6pm, with dinner served after 9pm. Bear this in mind if you plan on dining out in Spain, as the majority of restaurants will have later opening times than what you might be accustomed to.

Traditional Spanish fiestas consist of plenty of drinking, dancing, and other festivities. Fiestas differ from region to region, however attending them will allow you to really immerse yourself in the Spanish culture, music and traditions. 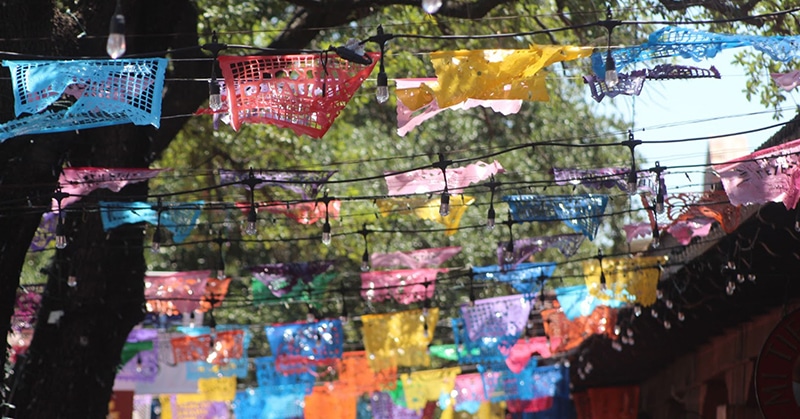 A popular festival, La Tomatina, is a food fight festival which is held on the last Wednesday of August each year. The fiesta takes place in the town of Bunol, and thousands come together to fight with over a hundred tons of over ripe tomatoes. Learn more about La Tomatina here.

Dealing with bureaucracy is always a challenge in any country, and arguably Spain is no different. When moving to Spain there is a lot of paperwork you will have to apply for, including a NIE card. Be prepared for the law of Falto Uno, which translates to ‘missing one’. What this means is no matter how many photocopies or documentations you’re prepared with, it’s always likely you will be missing something. It’s completely normal to be confused when going through the process and not knowing what forms to fill in or having the wrong ticket numbers. It’s important to be as patient as possible and to learn about the process as you go. The conditions for living in Spain have changed since Brexit, so here’s all you need to know.

If you want to know more about living in Spain or wish to get a quote from Global Moving Services, please get in touch with a member of the team today.