Things you need to know about living in Australia

Making the big move down under can be a daunting idea. The distance, the time difference, the wildlife… you could be asking yourself whether moving to Australia is worth it. However, there are so many benefits to living in Australia that could create a more relaxed, sunnier and happier life for you and your family. To help you make your decision, we’ve put together a list of things you should know about living in Australia before you make your decision.

While general unemployment rates are relatively low in Australia, it is becoming increasingly difficult for migrants to find jobs in the country. In the past, Australia has encouraged migration through its borders, however, now that immigration laws have become stricter, it is often a necessity for you to prove your skills before being permitted to migrate and work in Australia. As in any country, it will be easier to job-search from within Australia, as the application and interview process is similar to that in place in the UK.

If you are considering searching for a job, it’s a good idea to seek a professional career advisor based in Australia. This will allow you to check if the skills you have are in demand and will be deemed useful in the country. The following companies offer useful information for potential migrants:

Quality of life in Australia

There are many positives to living in Australia, and the great quality of life is one of them. The main cities in the country are among those rated most liveable in the world and the average income is higher than many other countries. The landscape of Australia offers spectacular views and stunning beaches, as well as fascinating unique species of wildlife to discover.

However, expats might find that the quality of life comes at a cost; literally. Living costs in Australia can be high, especially when living in cities like Sydney, and that can be even higher for migrants. We recommend researching costs before you make any decisions, as it will depend highly on the exact destination you have in mind. Ensuring you have some money in the bank can help to tackle the upfront costs of moving to Australia.

Check out our Guide to Relocating to Australia for more information on the practicalities of moving. 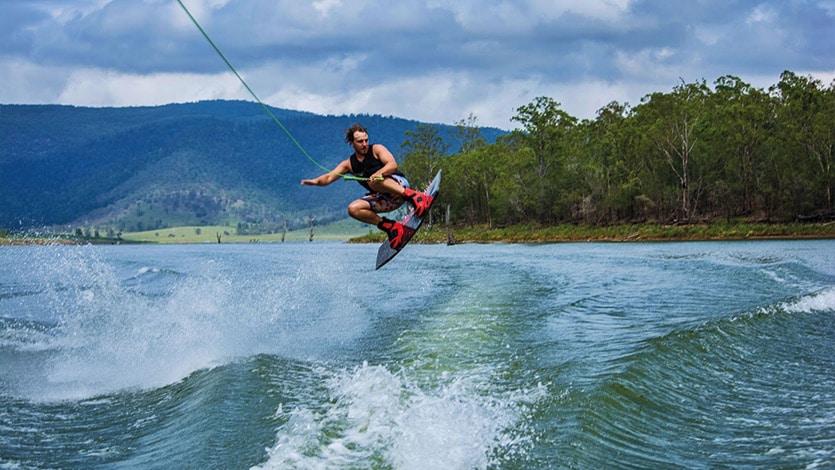 For people living in Britain, the warmer climate can be one of the biggest reasons to move to Australia from the UK. To escape to somewhere where the sun is shining year-round is the ultimate dream, but it’s not all sunshine.

Australia is vast, covering over 7.5 million square kilometres, meaning that the country experiences a variety of different weather. Southern Australia experiences a more temperate climate, with the North experiencing more humidity and monsoon seasons. Generally, summer – from December to February – is long and hot. Winter temperatures, though cooler, average between 3 and 20𝇈C and are only occasionally wet. The variety in climate is one of the reasons to move to Australia, as there will always be a location to suit your preference.

As Australia is hugely multicultural, the majority of the population is very welcoming to newcomers. Moving from the UK, there won’t be much difficulty in communication with locals as English is the main language in Australia. And because Australia is a popular location for expats, you probably won’t go long without encountering another individual from your home country. With great weather, there is a huge focus on fitness and health in Australia, with many people joining clubs for sports and athletics once they relocate.

Australia has also been described as a more classless society than most others, with humility, honesty and authenticity being highly valued among citizens. Social etiquette is very similar to the UK, with controversial topics better left aside in initial meetings. The biggest difference is perhaps Australia’s relationship with swearing. Words that are completely taboo in the UK will often be thrown around casually in Australian social situations – but they are still to be avoided in professional and polite circumstances.

If you would like more information on what to do before international relocation, check out our International Moving Advice.